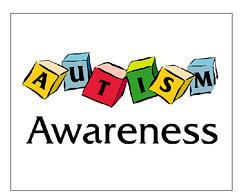 While there are numerous studies on the causes of autism, there are no clear-cut answers on whether the developmental disorder is caused by genetics or environmental factors. In the past few months alone, researchers have found conflicting evidence about what triggers autism.

Supporting the genetics argument are two recent University of California, Davis studies. Published in the October issue of Translational Psychiatry, one study found that pregnant women with a gene variation have an increased risk of having an autistic child.

The research involved 200 mothers of autistic children ages 2 to 5, and 150 mothers of children with normal development in the same age group. It revealed that a particular variation of a gene associated with autism is more commonly found in mothers with an autistic child.

Then there’s research from the University of California, San Francisco and Stanford University, which shows environmental factors play a greater role in causing autism than genetics. The study, published in the November 2011 Archives of General Psychiatry, evaluated 192 pairs of identical and fraternal twins, of which at least one sibling was autistic.

Researchers used a math-based formula and found that genetics was responsible for 38 percent of the risk of autism and 62 percent from environmental factors, contradicting previous twin studies that showed genetics represented 90 percent of autism cases. They concluded that if autism was only inherited, both identical twins would have the disorder, and among fraternal twins, if one was autistic, the other twin would have a higher risk. But the study showed a lower than expected autism diagnosis for both identical twins and a higher than anticipated diagnosis for both fraternal twins.

Another UC Davis study published in the July 2011 issue of Epidemiology linked maternal nutrition to autism. Researchers evaluated families enrolled in Childhood Autism Risks from Genetics and Environment, a study of up to 2,000 children with different levels of development. They found that mothers who did not take prenatal vitamins during pregnancy were more likely to have an autistic child.

While the research on autism is inconsistent, there are programs available to help young children with developmental or behavioral problems, including First 5 LA’s Early Developmental Screening and Intervention (EDSI). The Special Needs Network and The Help Group are local agencies offering resources and support for children with autism spectrum disorders.