Anesthesia: Is it Safe for Young Brains? 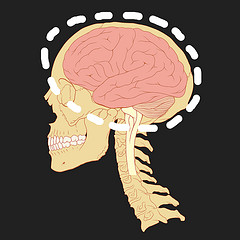 When infants or young children need surgery, does anesthesia affect their developing brains?

With more than 1 million children under age 4 requiring anesthesia for surgery in the United States each year, the Food and Drug Administration (FDA) and other health organizations are working together to answer this question.

Previous scientific studies in young animals have shown that commonly used anesthetics can be harmful to the developing brain. However, results in children have been mixed. Some studies of infants and young children undergoing anesthesia have reported long-term deficits in learning and behavior; other studies have not.

These conflicting results show that more research is needed to fully understand the risks anesthesia may pose to very young patients.

To close these research gaps, FDA and the International Anesthesia Research Society (IARS) started an initiative called SmartTots (Strategies for Mitigating Anesthesia-Related neuroToxicity in Tots). SmartTots seeks to ensure that children under age 4 will be as safe as possible when they need anesthesia during surgery. Studies have shown that this is a period of significant brain development in young children.

“Our hope is that research funded through SmartTots will help us design the safest anesthetic regimens possible,” said Bob Rappaport, director of the Division of Anesthesia, Analgesia and Addiction Products at FDA. “This research can potentially foster the development of new and safer anesthetic drugs for use in pediatric medicine.”

According to SmartTots steering committee co-chair Dr. James Ramsay, young children usually do not undergo surgery unless the procedure is vital to their health. “Therefore, postponing a necessary procedure may itself lead to significant health problems and may not be an option for the majority of children,” Ramsey said.

Since 2003, Merle Paule, director of the Division of Neurotoxicology at FDA’s National Center for Toxicological Research (NCTR), and colleagues have been exploring the effects of ketamine – an anesthetic commonly used on children – on the brains and learning ability of young rhesus monkeys.

“Earlier research has shown that exposing young rat pups to ketamine caused learning problems when they became adults, but we wanted to see what would happen with primates,” said Paule.

Primates, such as the rhesus monkey used in this research, more closely resemble humans in physiology and behavior. All animal procedures were approved by the NCTR Institutional Animal Care and Use Committee, and conducted in accordance with the Public Health Service Policy on the Humane Care and Use of Laboratory Animals.

“The learning of concepts such as matching (see a triangle, match it with another triangle from among other symbols) took much longer in the ketaminetreated monkeys. And even after basic concepts were learned, the ketamine-exposed animals performed less accurately than animals in the control group,” Paule said.

What might that mean for young children who have been exposed to ketamine or other anesthetics during surgery?

“We can’t know with certainty at this time,” said Rappaport, a member of the steering committee that coordinates, manages and oversees the SmartTots initiative. “We need to definitively answer the questions of whether anesthetic use in children poses a risk to their development and, if so, under what circumstances.”

The SmartTots partnership seeks to mobilize the scientific community around this issue, stimulate dialogue among leaders in the anesthesia community and work to raise funding for the necessary research ahead.

As part of these efforts, SmartTots issued a consensus statement, endorsed by organizations including the FDA, American Academy of Pediatrics, American Society of Anesthesiologists and European Society of Anaesthesiology in December of 2012. The statement acknowledged that, in the absence of conclusive evidence, it would be unethical to withhold sedation and anesthesia when necessary.

SmartTots is funding research, currently underway at Columbia University and the University of Iowa, on the effects of anesthesia on infant brain development, and on cognitive and language ability. All research first undergoes approval by an Institutional Review Board (IRB), a committee formally designated to approve, monitor and review biomedical and behavioral research involving humans. The No. 1 priority of IRBs is to protect human subjects from physical or psychological harm.

In the meantime, Ramsay says that parents and other caretakers must talk to their pediatrician or other health care professionals about the risks and benefits of procedures requiring anesthetics, and weigh them against the known health risks of not treating certain conditions.